Type 2 diabetes is a common and increasingly prevalent illness. In adults, type 2 diabetes accounts for about 90 to 95 percent of all diagnosed cases of diabetes.

Many of the risk factors for type 2 diabetes include lifestyle decisions and can be eliminated or reduced with time and effort. Cases of diagnosed diabetes cost the United States an estimated $245 billion in 2012, a figure that is expected to rise with the increasing number of diagnosed individuals.

Men are at slightly higher risk of developing diabetes than women, but age, excess weight (particularly around the waist), family history, physical inactivity, and poor diet are also significant risk factors for the illness.

Although age, genetics, and lifestyle factors are the best predictors of type 2 diabetes risk, certain racial or ethnic groups in the United States have higher rates of pre-diabetes and type 2 diabetes even after adjusting for these factors.

Type 2 diabetes is more prevalent amongst Native Americans, African Americans, Hispanics, and Asian Americans than among Caucasians in the United States.

Type 2 diabetes risk increases with age. Although the number of children diagnosed with type 2 diabetes is increasing due to a growing number of overweight youth, it is considerably less common in children and young adults than in older individuals. Although men have a slightly increased risk of type 2 diabetes compared to women, this may be more significantly associated with lifestyle factors and body weight than innate gender differences.

In the United States, 11.3 percent of all adults 20 or over have diabetes. Among adults 65 or over, 26.9 percent have diabetes. In comparison, children 19 and under have a rate of only 0.26 percent.

Type 2 diabetes is on the rise worldwide. The International Diabetes Federation (IDF) reports that as of 2013 there were more than 382 million people living with diabetes. The World Health Organization (WHO) estimates that 90 percent of people around the world who suffer from diabetes suffer from type 2 diabetes.

More than eight of every 10 diabetes-related deaths occur in low- and middle-income countries.

In developing nations, more than half of all diabetes cases go undiagnosed.

Who anticipates that worldwide deaths attributable to diabetes will double by 2030.

Adults ages 40 to 59 comprise the world’s age group with the highest diabetes rates, although this is expected to shift to adults ages 60 to 79 by 2030.

Both type 2 diabetes and its side effects can often be prevented or delayed. The most cost-effective prevention methods include regular physical activity and a healthy diet. Regular visits to a healthcare provider and maintaining a healthy weight are also essential to identifying risks, preventing type 2 diabetes, and delaying its onset.

Up to 85 percent of complications and morbidities among individuals with type 2 diabetes can be prevented, delayed, or effectively treated and minimized with regular visits to a health professional, appropriate monitoring and medication, and a healthy diet and lifestyle. Early identification of potential complications can provide opportunities for intervention, education, and referral to a specialist when necessary.

Overweight individuals who lose even five to seven percent of their body weight through exercising and healthy eating may effectively prevent or delay the onset of type 2 diabetes indefinitely.

Obtain regular checks of blood cholesterol levels, blood pressure, and blood sugar levels to monitor your risk factors and work to achieve and maintain healthy levels of each. Having healthy levels of these three indicators significantly reduces your risk of diabetes.

Some drug were found to reduce the risk of diabetes onset by 31 percent, particularly in younger (ages 25 to 44 years) and heavier adults (those with a body mass index over 35) considered pre-diabetic.

Research on Type 2 Diabetes are very important in order to find a cure and to help millions of people worldwide or are suffering and living with Diabetes. Make a donation

The problems associated with type 2 diabetes are common and can be severe. Side effects and comorbidities of the illness can include heart disease, stroke, hypertension, blindness and eye problems, kidney disease, nervous system complications, amputations, dental disease, pregnancy complications, and mental health problems (such as depression).

Uncontrolled diabetes during pregnancy can increase the chance of birth defects, large babies, and other complications that can be dangerous to the baby and the mother.

In 2010, diabetes was listed as the seventh leading cause of death in the United States, and the contribution of diabetes to death is likely to be dramatically underreported on death certificates.

Diabetics have twice the risk of death of any cause compared to individuals of the same age without diabetes.

The Challenge is considerable and the mission of GCE Foundation is to help the families who are suffering from the disease and to support promising research and to provide financial support to the researchers who are working at finding the best medical treament to Type 2 Diabetes. 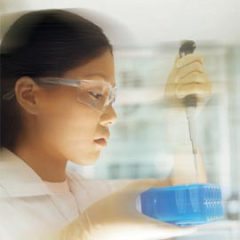 You will find below helpful information and links about Type-2 Diabetes.

What are the Best 10 super foods for Diabetes ?

Click here to buy one of the Best Guide and Book on Diabetes.

People who live with type 2 diabetes are able to safely drink alcohol. However, they still need to be mindful of the amount of alcohol they can safely consume. There does exist some increased risk factors that people living with Type 2 Diabetes must be aware of. If you want to learn more about this topic, we recommend to read the article below that outline five major risk factors and then outline several measures to take to mitigate these risks to safe levels.

Please contact us if you have useful and interesting links that we could share with others on Type 2 Diabetes via our website. Our team will review it.